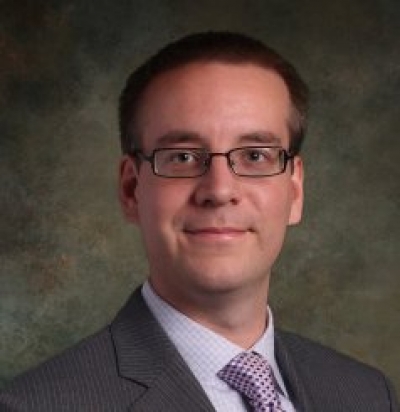 Three former students of our Master’s Program hit the job market this year, as they near completion of their doctoral work. Alumni Adam Aiken (’05), Byung Soo Lee (’06) and Daniel Taylor (’05) will complete their Ph.D.s in 2010.

“The econometrics training I received in the M.A. program at Duke is second to none. It gave me a significant advantage in future coursework and research,” said Dan Taylor, a Ph.D. student in accounting at the School of Business at Stanford University.

Dan's research interests include the pricing of accounting information, market imperfections, asymmetric information in capital markets, individual investors, regulation and applied econometrics. Dan received a B.S. in economics from the University of Delaware and a M.A. in economics from Duke University, where his thesis topic was “Is SmartMoney Really Smart?” View Dan’s curriculum vitae.

Adam Aiken (pictured), a Ph.D. student in the Department of Finance at the W. P. Carey School of Business at Arizona State University, agreed that the foundation offered at Duke trained him well for his future studies. "Without the mathematical rigor of the M.A. program, as well as the ability to take additional math classes outside of the department, I would not have been prepared for my doctoral coursework," Adam said.

"Talking to the faculty members involved in the Duke MA program helped me realize that I wanted to be in academia," explained Byung Soo Lee, a Ph.D. student at Pennsylvania State University.

"Having made an informed choice to get a Ph.D. based on my experience in the MA program, I have been much happier than most doctoral students, who invariably had to overcome a degree of initial shock or later found out that they had chosen a program ill-suited to their interests," Byung Soo said.

Byung Soo received a B.S. in economics and computer science and a M.A. in economics from Duke University. His research interests are game theory and its foundations. He received the Outstanding Recitation Instructor Award in Fall 2008 from the Department of Economics at Penn State. View Byung Soo’s curriculum vitae.

These three job market candidates will be busy interviewing with potential employers in the first part of 2010 determine the next step in their careers.