Professor Marjorie B. McElroy Honored by CSWEP for Service 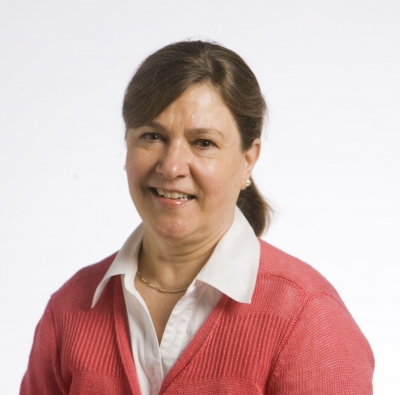 Well into the fifth year of a three-year term, last June Professor Marjorie B. McElroy completed her stint as chair of the Committee on the Status of Women in the Economics Profession (CSWEP). For her tireless work on behalf of the committee, McElroy was recognized during CSWEP’s Annual Business Meeting on Jan. 7 in Chicago, Ill. at the 2017 Annual Meeting of the American Economic Association/Allied Social Science Association (AEA/ASSA).

A standing committee of the AEA since 1971, CSWEP is charged with monitoring the progress and promoting the careers of women economists. CSWEP has conducted an annual survey of economics departments regarding the gender composition of faculty since 1972, and, since 1993, has surveyed some 250 departments annually, attaining 100 percent response rates for 125 Ph.D.-granting departments in recent years. Summaries and analyses are reported annually in the American Economic Review (AER): May Papers & Proceedings and reprinted in the CSWEP Annual Report.

CSWEP also sponsors mentoring and networking activities, and develops professional development materials and career advice that are distributed widely to junior and mid-career economists. A 2010 study published in the AER showed that CSWEP’s mentoring workshops, known as CeMENT, “increased top-tier publications, the total number of publications, and the total number of successful federal grants in treated women relative to controls.”

McElroy headed CSWEP from Jan. 1. 2012 through June 30, 2016, but her involvement with the committee goes back to its early years.

“Early on as an isolated female junior academic, I clung to the CSWEP newsletter as a window into a world I wished, but never expected to enter,” the labor economist recalled in her last “From the Chair” column for the very same newsletter. “In the late 1980s I was thrilled to be on the CSWEP Board, if only to first experience a room filled with highly accomplished women economists! By now, thanks to generations of women mentors and quite a few men, there are many rooms full.”

Current CSWEP Chair Shelly Lundberg (Leonard Broom Professor, UC Santa Barbara) credited McElroy with many of the organization’s recent successes. “In a term as chair that exceeded four years, Marjorie McElroy has been a remarkable leader for CSWEP, overseeing a major expansion in activity and funding and elevating our profile in the profession,” she said. “CSWEP owes her a debt that we cannot repay, and we wish her a tremendously productive 2017 with this weight off her shoulders.”

Landmarks of McElroy’s tenure include the expansion of CSWEP mentoring programs from fewer than 40 to more than 300 junior faculty annually and the growth of the CSWEP Network of Departmental Liaisons from a handful to 250 members. By spreading the word, both the quantity and quality of applications and submissions to all CSWEP-sponsored programs mushroomed. These included CSWEP’s six competitive-entry paper sessions at the AEA/ASSA Annual Meetings, the Summer Fellows Program, and nominations for the Bell Award and Bennett Prize.

During that time, CSWEP’s budget grew apace, nearly tripling. But the very growth in CSWEP activities and reach led to difficulty in finding the next chair. Thus McElroy’s tenure stretched beyond the normal three-year term as she restructured CSWEP so that the chair would share responsibilities with two new officers, an associate chair for the CSWEP survey and another for mentoring programs. Restructuring in place, Lundberg agreed to succeed her.

As McElroy noted, “More so than in other disciplines (notably mathematics and the hard sciences), as compared with men, women economists continue to disproportionately fall off the academic ladder at tenure time … Women constitute a disproportionate share of the growing non-tenure-track teaching faculty, and we have yet to learn how to think about this. CSWEP helps individual women to work within this environment and, simultaneously, chips away at these boundaries.”

Thanks to McElroy, CSWEP will be able to continue chipping away at those boundaries. Meanwhile, McElroy has turned her attention to her duties as president-elect of the Society of Labor Economists.