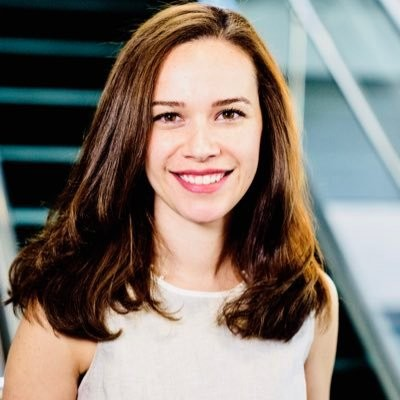 Norma Padrón (MAE ‘08) has always been interested in the intersection of healthcare and economics. She grew up in a small town in south Texas right on the border with Mexico. “I was really interested in understanding the social and economic aspects of the region, particularly those related to access to healthcare,” Padrón said. Currently, she is the Senior Director for Applied Research and Data Analytics at the Center for Health Innovation of the American Hospital Association in Chicago, Illinois.

As a first-generation college graduate, Padrón didn’t consider graduate school initially. However, fate intervened. “I had the tremendous good luck of being part of the AEA Minority Summer Program while still an undergraduate at University of Texas Rio Grande Valley in the summer of 2006.” There, her path crossed with professor Charlie Becker, who was directing the program that summer. The mentoring aspect, along with Duke’s Master’s in Economics’ stellar reputation convinced Padrón that it was something she could do. Completing her master’s at Duke also gave her the confidence she needed to go for her Ph.D., which she later obtained from Yale in 2014.

Currently, Padrón is Senior Director for Applied Research and Data Analytics at the Center for Health Innovation of the American Hospital Association. She oversees a team of statisticians, epidemiologists, experts in survey methodology, and data analysts in the development of data tools and reports to advance safety and quality in hospitals across the country. This work gives her the opportunity to interact with experts across multiple disciplines --including experts in epidemiology, public health, and of course, economists. “Translating evidence into practice and collaborating on the design of interventions that take evaluation as a crucial aspect of the intervention itself and not as an afterthought is very rewarding,” said Padrón.

So where does Padrón see her career going next? She's very interested in looking beyond analytics to make sure the healthcare industry is providing the best care possible.  This includes tapping into clinicians, patients, and administrators for insights that might not be apparent in the data. “Over the years, I've become really interested in how teams can adopt innovation (newer frameworks, technology, processes). The biggest, boldest innovations in health care will be produced by high-performing teams, and I am interested in exploring how principles generally used in academic research such as transparency, replicability, and rigorous evaluation can be incorporated across processes performed by teams in health care not only those teams within analytics departments but across the health care continuum."

Padrón acknowledged there are challenges that women face working within the field of economics, but she is optimistic about the future. When asked what advice she would give women interested in economics, she emphasized connections. “Get engaged in activities, groups, and any opportunity that builds not only their academic skills, but also their leadership skills. Being part of the student government, volunteering in local groups, leading a study group or book club could be good strategies.” She stressed that opportunities for growth and leadership positions for women are vitally important, not only in academia, but in the public, private, and non-profit sector. “One of the best tips I've ever received was about ‘telling people what you're about.’ Once folks know what you are about they can share opportunities they hear about, they'll send you articles related to your topic, or refer you to workshops in the area you've told them you're interested in.”