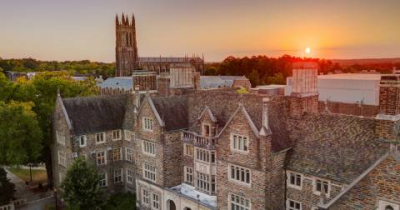 "These rankings recognize our outstanding faculty, staff and students and their unwavering commitment to delivering exceptional patient care, groundbreaking research and inspired teaching,” said Dr. Mary E. Klotman, dean of Duke University School of Medicine. “I am especially proud and grateful to our entire School of Medicine community for never losing sight of our core missions during this most challenging year.”

The Duke School of Nursing’s Master of Science program once again ranked highly on the magazine’s list, at third nationally, and Duke’s Doctor of Nursing Practice placed fourth.

The Doctor of Nursing Practice specialty in leadership was also ranked first by U.S. News.

Here’s where the magazine ranked other graduate and professional programs at Duke:

The School of Law tied for 10th overall. Among specialty programs;

The Fuqua School of Business ranked 12th.  Among specialty programs:

The Pratt School of Engineering ranked 24th.  Among specialty programs:

The magazine rotates the programs in the arts and sciences that it annually ranks. In Trinity College, here are the department and specialty rankings: