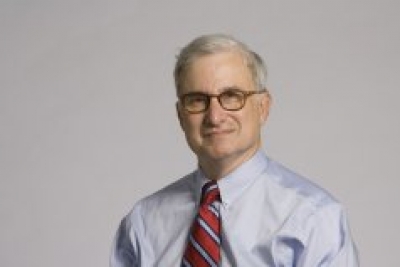 Professor Frank Sloan is the 2016 recipient of the American Society of Health Economists (ASHEcon) Victor R. Fuchs Award. The Lifetime Achievement Award is presented biennially to an economist who has made significant lifetime contributions to the field of health economics.

Sloan will be officially recognized with a plaque at the upcoming ASHEcon conference in June.

“Frank is without a doubt among a handful of the very best and most distinguished senior health economists in the world,” said ASHEcon Executive Director Anthony LoSasso. “He has been absolutely prolific throughout his distinguished career. He has made incredibly important contributions in numerous areas of health economics.”

LoSasso elaborated on Sloan’s many accomplishments, citing the breadth and extent of his research, which “has addressed almost every issue on the economics of health,” and has published 27 books and more than 300 articles in highly prestigious journals such as the American Economic Review and the Review of Economics and Statistics.

Sloan has witnessed health economics come to prominence over the course of his career. The number of economists working in health economics has grown worldwide in the last 50 years, and their work has been recognized in the top general economics journals and in specialty journals.

The Greensboro native first developed an interest in the then-emerging field when he was a doctoral student at Harvard University in the mid-1960s. He focused on labor and public economics but recognized health economics to be a dynamic field that draws upon an array of subject matters, including industrial organization, public economics, and labor economics.

“A misconception about health economics is that it is mainly about medicine. In fact, while scholars in this field do need to know some basics about the sector’s institutional attributes, there is a lot of economics to apply,” he said.

Moreover, it can have an impactful influence on public policy. According to Sloan, “Spending on health care services accounts for almost a fifth of GDP in the United States. It accounts for a very large part of federal and state public budgets. A lot of economists are working on valuations of the Affordable Care Act and issues related to it in the United States.” Sloan’s current research looks into bundled payments and various aspects of Medicare reform.

In his role as founding editor of the American Journal of Health Economics (AJHE), he hopes to further advance the discourse on U.S. health policy. The publication, now in its second year, received an honorable mention for Best New Journal/STM at the 2016 Prose Awards, given by the Professional and Scholarly Publishing Division of the Association of American Publishers.