How a Failed Quiz Created an Economist 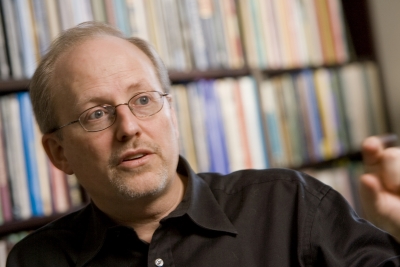 As a freshman in college, Gorter Family Distinguished Professor Timur Kuran wanted to study chemical engineering. His advisor told him to take Econ 101 as an elective, saying that no matter what Kuran did in life, economics would serve him.

Kuran’s TA in that class would set him on a course that changed his life.

It was Oliver Hart, a man who is now a famous economist. Every week, Hart would give the class a short quiz. One week, the question was, “Should the government build a post office within 50 miles of every citizen?”

Kuran argued that the government has a duty to do so. That answer earned him a huge 0.

Hart explained that Kuran had failed to understand two key concepts already introduced in the course: incentives and tradeoffs.

If the government takes services to every mountaintop, Hart said, individuals will have no reason to avoid settling in places where service delivery is expensive. Building a post office on a mountain range would reduce resources available for other services. Since resources aren't infinite, tradeoffs are inevitable. It is better put scarce resources into hospitals that will save thousands of lives, Hart told him.

“Looking back,” Kuran said, “I see that what I learned by failing that quiz became a defining moment in my life. Some switch went on in my mind, and I started benefiting from the powerful logic of economics.”

That experience put Kuran on a path to becoming an economics major and, eventually, an economics professor. It also made him start applying economic logic to areas that were still untouched by the discipline.

Kuran’s research is an example of that approach.

“The Middle East is among the world's economically underdeveloped regions,” said Kuran. “It's also the most repressive region and it lags in scientific innovation.” He said that it's still widely believed today that the region's dominant religion, Islam, is the cause.

Kuran notes that blaming Islam doesn't make sense, however. Until a half millennium ago, the Middle East had a living standard higher than anywhere else. China and the Middle East were more prosperous than Europe.

The cause of the Middle East’s shortcomings can't be religion, Kuran concludes. Instead, he explains that the tools of economics enable us to explain the region's reversal of fortune in ways that are consistent with both its early successes and its later failures.

“I'm finding that Islam-based economic institutions were quite conducive to commerce and innovation in the Middle Ages,” he said, summarizing his 20 years of research on the Middle East's religious institutions from the medieval age until today. “And they created good incentives to produce and adapt. Those good institutions did not evolve efficiently though, at least not in ways best suited to the modern global economy.”

Why adaptation has been slow is a question that Kuran is answering through institutional economics.

Another area that Kuran has long researched is how to make sense of public opinion and political movements through considering incentives and trade-offs. For instance, why did many earth-shaking political events of the last few centuries, like the fall of the Berlin Wall in 1989 or the Arab spring of 2011, catch nearly everyone by surprise? Even though the reasons are clear in hindsight, they weren’t predicted in advance because people are unwilling to publicly call for their leader’s ouster, Kuran said.

Individuals face a trade-off between their desire to protest and their desire to avoid persecution. Something had to bring a critical mass of protesters into the street to incentivize millions of others to join, said Kuran.

“This all flows from insights I've learned in Econ 101 in my first few weeks as a college freshman,” Kuran said. All because of a failed quiz.