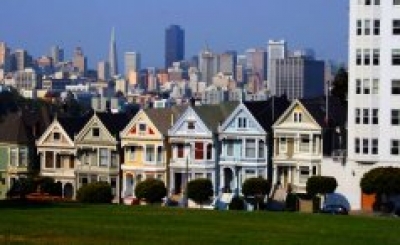 It is well acknowledged that the most recent housing bubble (and subsequent global housing crash) was facilitated by subprime mortgages, but to what extent did buyers’ expectations about market fundamentals play into this and previous episodes?

In his paper “Understanding Housing Booms and Busts,” recently published in the Journal of Political Economy, macroeconomist Craig Burnside — along with co-authors Martin Eichenbaum (Northwestern University, Department of Economics) and Sergio Rebelo (Northwestern University, Kellogg School of Management) — examines how housing bubbles are escalated by the spread of misguided beliefs and impossible expectations.

As the U.S. housing market finally seems to be recovering from the fallout of the Great Recession, Burnside shares his insight into housing booms and busts and the current state of the housing market, and offers advice to prospective homebuyers.

Why did you and your co-authors decide to write this paper, and how does it relate to the understanding of the 2008 U.S. housing bubble?
We were inspired by a number of observations regarding the sharp rise (and subsequent fall) of housing prices between roughly 1999 and 2006 that preceded the financial crisis.

First, it seemed hard to rationalize the extent and persistence of the rise in prices given the changes in observed fundamentals over this period. We expect housing prices to rise if factors that drive demand (like population, incomes, interest rates) change more quickly than supply can respond. Even though some of these fundamentals changed during the period, conventional models have a hard time accounting for the magnitude in the rise of housing prices. Also, for prices to keep rising steadily, in a conventional model, you need to have repeated surprise changes in fundamentals that always imply the same directional change.

The second observation that inspired our work is that when we looked beyond the U.S. experience during the pre-crisis period, we saw similar booms (and busts) in data for other countries. We looked at 25 countries over a 42-year period. Given a working definition of a boom and one for a bust, we identified 62 booms and 38 busts. Of the 62 booms, 33 (a little over a half, in other words) were followed within six months by a bust. The others were not. (That also means we identified a few busts that weren’t preceded by booms.) So we realized that our story had to be consistent with these episodes as well.

Putting these observations together we wondered whether these sorts of episodes could be driven by people’s expectations about fundamentals, with the possibility that these expectations are divorced from the actual changes in fundamentals. We also wondered whether changes in expectations work like infections do, spreading through a population, but sometimes not completely taking it over and eventually dying out. In fact, at the core of our story is a model that we adopted from early models of disease.

If it were easier to identify real estate bubbles as they occur, should governments try to prevent or deflate them? What would be suitable policy for dealing with potential housing booms/busts?
The model in our paper starts with the idea that booms are generated when a small fraction of people become optimistic about the future value of housing. As the infection in their beliefs spreads to other people, prices rise. Prices subsequently fall if the infection dies away, but they also fall if the "infected” agents turn out to be wrong; in our model this happens in a very stylized way when the truth is eventually revealed. On the other hand, prices can keep rising if the infection takes over, or if the optimistic agents happen to be correct.

That said, in our model there is no systemically important financial sector whose health is sensitive to house prices changes. In our model, the key players in the rise of prices are people who would not normally be in the housing market. Think of younger people, possibly single or without children, who would normally be less likely to want to own a home. In our model these sorts of people can become infected by the belief that housing prices will rise, and then they enter the market. It turns out that even though these people don’t represent a big part of the demand for housing, their marginal presence in the market can have a dramatic effect on prices. Real-world policies that would obviously have an effect, in this case, is to make it relatively difficult for this type of person, say a first-time buyer, to enter the market.

What advice would you give to prospective homebuyers during a housing market boom?
My advice is simple. If you are buying a house, the primary reason should not be for investment. It should be for what you get out of living in the house. And if you do buy a house, do not stretch your budget to the limit, and make sure that the way you finance it will not make your payments very sensitive to possible changes in the Fed’s interest rate policy. The reason many buyers got into trouble during the previous crisis is that they violated one or more of these pieces of cautious advice.

What is the current state of the housing market?
From early 2006 to early 2009 prices fell by over 30 percent, on average, across the United States. They actually reached a low in early 2012 at about 34 percent below the previous peak. Since then they have been on the rise and are now within 10 percent of the 2006 peak. In other words, we’ve been experiencing another boom, even if that boom is not evenly distributed across all localities. One thing I should point out, however, is that we usually look at the “real” price of housing by comparing the rise of house prices relative to the general rise of consumer prices. If you do this, then we are still about 20 percent below the 2006 peak.