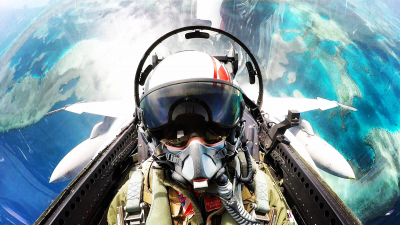 Devine on an environmental inspection tour of the Great Barrier Reef

It's been a wild ride for MAE '10 alumnus Peter Devine.

His path to becoming a staff economist for the Council of Economic Advisers in the Executive Office of the President was a bit unconventional. Having just graduated ROTC and with orders to begin Naval flight training, Devine was an unlikely aspiring economist and, in his own words, “a bit of a gamble.”

However, two years of top-flight graduate education at Duke launched Devine into a life as a Navy pilot.

Devine’s orders took him to an Air Force base in Japan. Concerned about how he would keep up his economics skills, Devine reached out to Research Professor Charles Becker, who works specifically with the MA students. Thanks to Becker and his connections, Devine was able to continue his education in Japan, allowing him to do research and connecting him with jobs at universities there. While in Japan, Devine assisted Becker in his research on how war spreads, based on work he was doing in Bosnia. Devine also gave talks at Sophia University in Tokyo.

Seven years after graduating from Duke’s MA program, Devine rotated back to the United States, switching from a front-line fighter squadron to a job as an instructor at the United States Naval Academy in Annapolis, Maryland.

Before Devine had even left the aircraft carrier for Annapolis, Becker and Duke were working to get him into a top Economics Ph.D. program that was close enough to Washington, D.C. that he could continue his studies while teaching. Devine is currently attending George Washington University and will began his position at the Council of Economic Advisers after his anticipated graduation in spring 2022.

It seems like it's been a long road to the White House already, but Devine cites the training, education, research, introductions and continuing opportunities at Duke that helped make it possible.

He has been a part of four different universities, but he says Duke stands out thanks to the thriving culture and collegial environment in the Duke Econ department, built by Becker and the faculty, as well as the graduate students. Devine also noted that Duke deserves credit for allowing a flexibility that is rarely, if ever, seen at other schools.

“Even though I graduated a decade ago,” Devine said, “the path that Duke built for me then continues to grow longer and farther than I ever expected.”